Almost no plot but 100kg love. 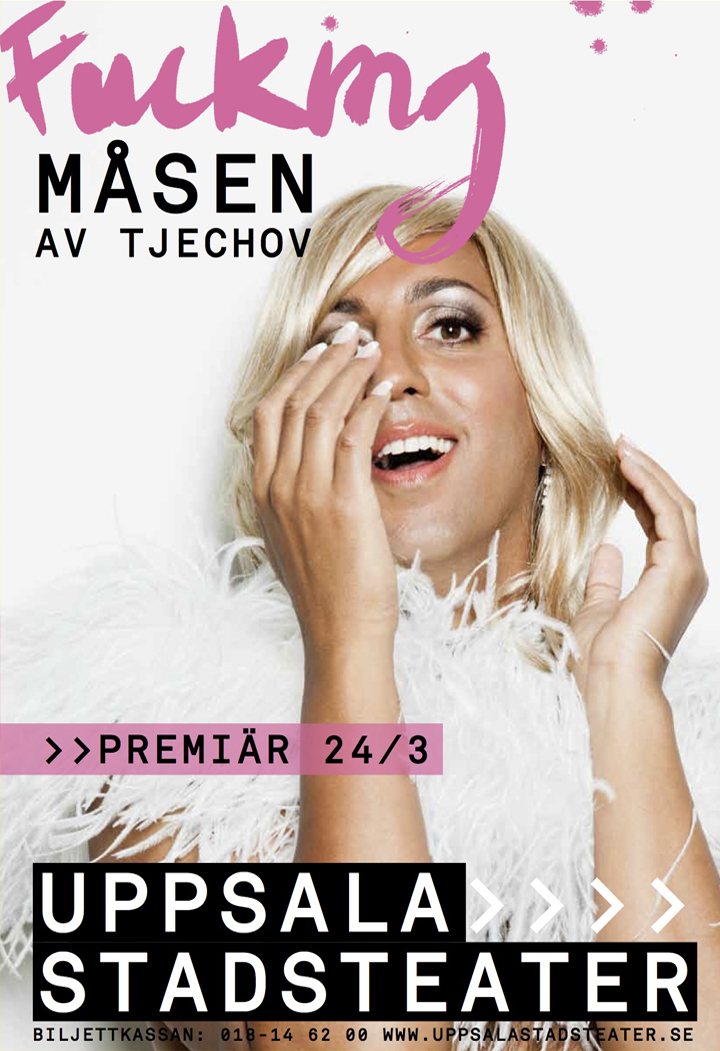 A very notable show.
Mathias Olsson does his best role so far as Constantin.
a biting dark comedy

Claire Wikholm’s Sorin is the desire of the flesh and the incurable solitude of the soul personified.
Indeed Sunil Munshi dissects The Seagull with skilled theatrical surgery.
Nice conditions for a theatre of actors. This will get them far..

Grabs hold of and moves you
A notable production.

The human beings become real, they grab hold of you…a depth and a darkness in the show.
Really f***in sweet.
Rafael Edholm, with his Greek god-like looks and air of silly self-importance, is made to play Trigorin.
Mattias Lech’s portrayal (Masha), full of withheld passion, is after all among the most memorable of the play.
This queer little twist is the most successful of this modern adaptation..

Text/Music by Sisters of Mercy

I dreamed up a ceiling out of brass that reflected the actors in some kind of sensation of hybris. The lights beamed up towards the slick mirrored gold ceiling and created a magical light.. 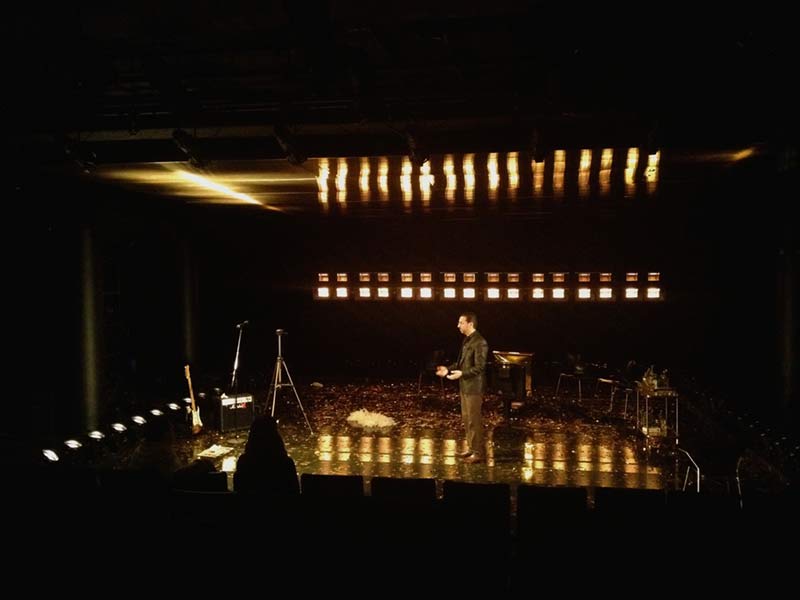